Read what patients have to say about vision therapy at our office.

My child’s condition before Vision Therapy was filled with anxiety, low self-esteem, and behavior challenges in school. He would always come home saying that he was ‘stupid’ and did not want to be in his class or do his work. I never had doubt that my child could not do his work because “it was too difficult”, but I could never pin point where my child may have needed help. I would never have guessed that the way his brain visually processed information would be the result of his struggles.

He was diagnosed with “High Functioning Autism” and ADHD, and this came with many challenges, however I was not going to let this diagnosis become a factor in my child’s personal success. I was told not to put him on medication’s right away, but I knew to dig more and seek alternative treatments or therapies to uncover any underlying issues that may be present and this is exactly how I chose Vision therapy for my child.

He had always passed all prior eye evaluations from both his Pediatrician and the school nurse.

I discussed accommodations with my child’s teacher, such as having him sit closer to the smartboard or near any words that he was to copy, I also provided a slant board for my child to use in class.

Since doing Vision Therapy, I have definitely seen academic changes in my child. This is due to the fact that Vision Therapy has given my child all the confidence to reach his full potential. My child is better able to focus on the tasks at hand that are given to him with more ease. DJ has always done well academically, where he struggled was in putting his focus on his work because he was not able to visually process what was in front of him and “put it all together”. DJ has always been a child who loves to learn and read, now this is seen as apparent in his school life!

There have been major behavioral changes in school. He is no longer seen as a child whom is “defiant” and “uncooperative”. DJ feels more confident and this reflects in his behavior in that he no longer acts out in class such as causing disruptions, not wanting to complete his class work, or having low self-esteem, which were all manifestations of DJ’s visual processing deficits. Vision Therapy has given DJ the confidence to be successful in both behavioral and academic aspects of his life.

He has made a tremendous improvement in visually processing what he sees, especially when it comes to reading. DJ has always been a strong reader, but is better able to read more ease and does not stumble on letter reversals when it comes to B’s an D’s anymore. His visual system overall has improved and I notice that he can more quickly comprehend what he reads and sees. He no longer struggles with low self-esteem because he is able to better process and “put it all together” as he says.

I encourage any parents whose child is struggling academically or behaviorally to consider a consult with a Behavioral Optometrist because all behavior is communication and negative behavior can absolutely be the result of an unidentified visual deficit. Always look above and beyond the negative to uncover a positive. I can absolutely say without a doubt that Vision therapy has helped my child achieve his true potential!

Since completing Vision Therapy Paisley’s reading has been a read notable change, handwriting, spelling, attention levels. She is also more able to complete her school work in a timely manner. We are so very pleased with the progress she has made with her vision therapy. We feel like this is a real turning point for her future success in anything she may want to do. She has really enjoyed her teachers and will miss not going to therapy each week. Thank you all for your investment in Paisley future.
– 6/22/22

Before therapy my daughter was getting frustrated with reading. After just a few weeks of eye therapy she seemed happier and her reading level already improved. My daughter is happier now. She states her tracking problems have improved.
– 8/30/2018

Before therapy Sophia had a hard time focusing and reading. Her eye would turn out and give her blurry and doubled vision. She had headaches almost every day. We had her tested with an ophthalmologist who gave her glasses. She was also behind in school, Sophia had a couple of B’s but mostly C’s, D’s and 1 F. Our pediatrician and another optometrist said she had perfect 20/20 vision. After therapy Sophia is happier and more confident. She has started painting and can pay attention to details. We are very thankful for Dr. Sorkin and the vision therapists for helping Sophia during this time. They were so kind, patient, positive, encouraging… just the BEST. They have helped Sophia in so many ways, especially coming out of her shell, communicating and teaching her how to get her eyes to work together.
– 9/3/19

Before therapy I constantly needed more prism in my glasses which prompted me to seek this therapy suggested to me by Dr. Potter (optometrist). I now have better depth perception, especially at night and reading a newspaper has gotten easier. The therapists are the best. They are sweet, knowledgeable and they allowed me space to discover and ask questions while guiding me towards improvement.
– 7/18/19

Before therapy Aiden struggled with reading comprehension, spelling and letter reversals. He would tire easily at school and was discouraged with how slow he completed his work. After therapy he is more confident and excited to go to school. His grades have improved and his teachers are impressed with the level of improvement in such a short period of time. Aiden’s teachers have also said he is more attentive and even volunteers to read out loud. He is like a new student!
– 8/10/16

Before therapy Phoebe was struggling with reading, paying attention at school, and exhaustion. I would pick her up from school and she would be so tired. She complained of double vision and would frequently fall asleep reading. Phoebe is now reading well above her expected level. She is able to focus on the task at hand and she is willing to try new things. Visual therapy has gone a long way toward getting my daughter out of the way of her own success. We use our eyes for everything. When you have difficulties using them, it can have significant impact on a life. I am so happy we have found Dr. Sorkin and completed visual therapy.
– 2/26/15

My daughter’s transition into high school has been very difficult academically. She was put in Honors classes but was in remedial reading. I didn’t realize until I was at my wits end. I said to myself” I need to get her vision looked at by Dr. Sorkin.” My other child’s vision therapy was also completed with DR. Sorkin which was basically a miracle for them. When the Doctor was able to show me a recorded video of the way my daughter’s eyes worked I cried. She’d never liked reading and I didn’t understand why. Reading was a chore. Thank you Dr. Sorkin for your work, many children have a better chance in life because of what you do.
– 3/1/19

I almost failed my vision test at the motor vehicle office. As a child I was always told I had a “lazy-eye”. Back then the doctor just told me to wear a patch but it was a struggle to see with my lazy eye. But, after so many years went by I finally decided at age 62 if they can send a man to the moon, there must certainly be some help out there for me. I asked my eye doctor if anything could be done and he said no, something would have had to be done when I was 8-10 years old. So I got on the internet and found Dr. Sorkin. From the very beginning he explained what vision therapy was and gave me words of encouragement despite my age. Within one month of starting the therapy my depth perception was improving. I went to the library and checked out the “Magic Eye” 3D books. By the end of my therapy I was able to see almost every picture. A key part of my success were my vision therapists, they were always challenging and encouraging me.
– 9/19/17

For Morgan homework had always been a struggle to complete afterschool. She was exhausted by dismissal. Our afternoons were often filled with tears and frustration. Morgan had C’s, D’s, and F’s and standardized tests showed her around a year behind. Another optometrist had some of the same findings and did not support vision therapy but her pediatrician did support it. Since completing vision therapy Morgan’s behavior has changed for the better. She is self-motivated and can complete her homework as soon as she gets home. I don’t even have to ask her to do it. She is now a happier child which has made our home happier.
“I wish this Morgan would have come into my class everyday”
– 1/25/19

Before vision therapy Mila struggled to read for long periods of time. She shared with Dr. Sorkin that her vision became blurry when reading for long periods of time. I also noticed she avoided chapter books especially if they had small print. Mila took her exercises seriously and was very committed to her vision therapy. She is demonstrating more ownership of her learning, self-discipline and confidence. The vision therapy has given her a better understanding of herself and what she can to do help herself.
The relationship with the therapists made a difference. They were always positive and helpful.
– 3/1/19

Things were a daily struggle with James. He wanted to play soccer but found it difficult as he was clumsy and uncoordinated. He was frustrated with school and he did not want to go or do his work. He was behind in reading at the start of kindergarten and struggled all year to get it up. He started vision therapy at the beginning of first grade and he has now ended first grade above grade level.
Since completing therapy James’ frustration with school is gone. He loves going to school and learning. His anger issues are minimal now and more standard for his age and the situation. He has a willingness to try new things both academically and in sports. He played soccer all summer and will start dance classes this fall!
– 10/5/21 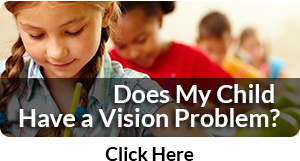